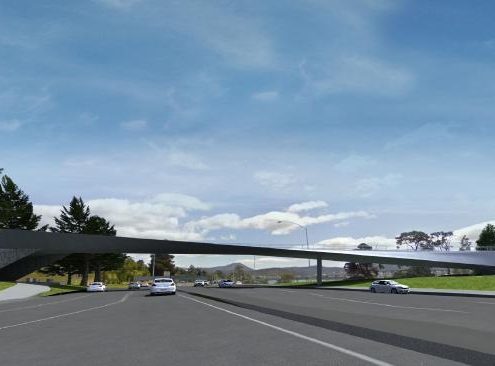 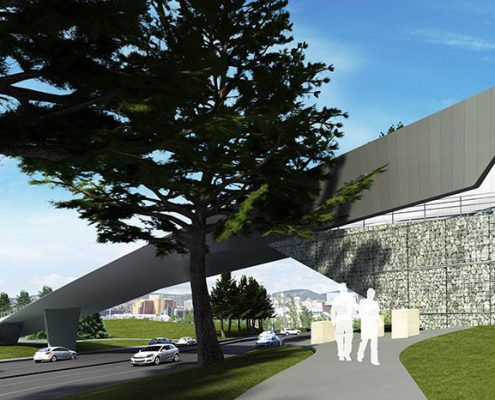 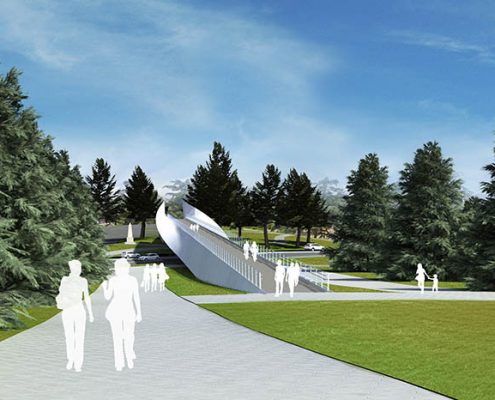 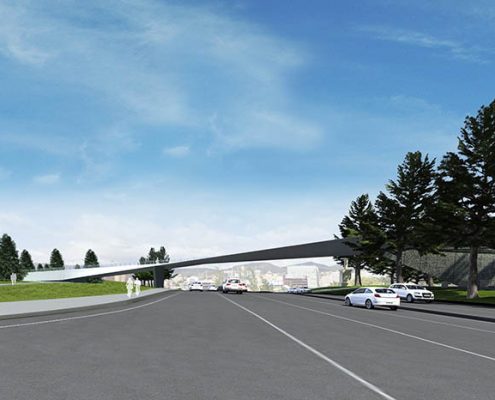 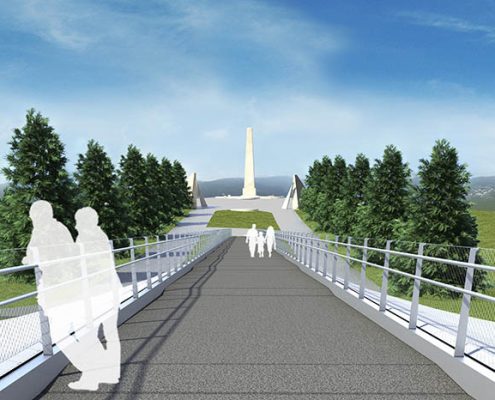 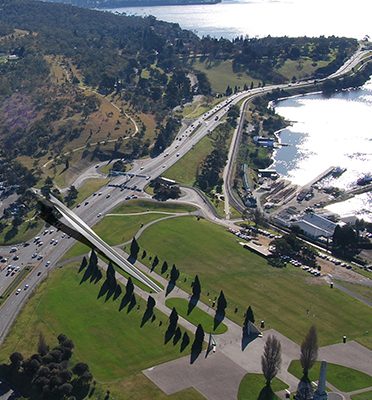 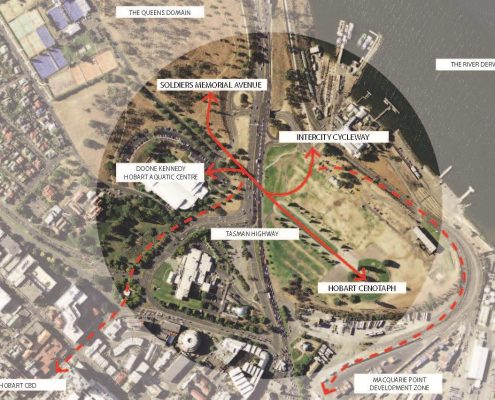 Lit at night, the 4-metre-wide, 200-metre-long pedestrian and cycle bridge is a high-profile entry marker to the city, extending the Anzac Parade across the Tasman Highway, connecting the Cenotaph and intercity cycleway with the upper Domain, Hobart Aquatic Centre and Soldiers Memorial Avenue.  The bridge has also improved connections to Macquarie Point, to the south.

The Cenotaph, built in 1925, was originally intended to be adjacent to the Soldiers Memorial Avenue, but the two sites were severed by the opening of the Tasman Highway in 1964. The Memorial Bridge has finally reconnected these two significant public spaces – the Queens Domain and the Cenotaph precinct.

The Tasman Highway Memorial Bridge was part of a 2013 masterplan, with the Memorial Bridge one of five footbridges proposed under Hobart City Council’s 20-year management for the Queens Domain. This project was funded by the Australian Government’s Anzac Centenary Public Fund.

The “Bridge of Remembrance” project received The Dirk Bolt Award for Urban Design in the 2020 Tasmanian Architecture Awards.