You are here: Home1 / Our History

BPSM is a vital part of the changing face of Tasmanian Industry. BPSM began as Bush and Haslock (and then also Parkes) in Hobart and Devonport after the second world war, undertaking major industrial works and commercial projects for the new expanding industrialisation of Tasmania, whilst the young practice of Shugg and Moon worked out of a converted trolley bus in the Hobart suburb of Fern Tree.

The two practices merged to enable them to take on larger developments, and went on to evolve with the Tasmanian Industry undertaking projects like the TVT6 Studios for the new communications industry, ferry wharfs for the award winning Empress of Australia in Hobart, and the Devonport and Melbourne Able Tasman Ferry Terminals servicing both cargo and tourism for the island state.

The nature of industry in Tasmania has changed substantially from post war manufacturing to service based industries, and BPSM Architects has changed with them.

In 1946, E. G. (Garf) Haslock  and S. P. (Pat) Bush, formed an architectural partnership known as Bush Haslock located in Hobart, Tasmania. In 1949, P. L. (Lew) Parkes  was also invited to join the Bush Haslock team after he had honeymooned in Tasmania with his wife and soon after relocated to the state from Sydney. The three partners then became Bush Haslock and Parkes, setting up offices in both New Town and Devonport.

Later, in 1955, K. W. (Bill) Shugg  and J. S. (Jim) Moon joined to form a partnership in Hobart, which took place shortly after Jim returned from Copenhagen where he had been gaining valuable experience. In the following year, Bush Haslock and Parkes invited Shugg and Moon to form a joint venture known as Bush Haslock Parkes Shugg and Moon, now having the capacity to handle large scale projects.

In 1963 Haslock left the team to open his own practice in Melbourne. On September 29th, 1964 the partnership Bush Parkes Shugg and Moon was born. In 1968 Bush Parkes Shugg and Moon relocated from the Professional Chambers on Macquarie Street to 119 Hampden Road in Battery Point. The team was set to change many more times but the name would not change again. In 1970, Parkes left and in 1974 J. Wilson joined. In 1981 L. J. Morrell bought into the firm and opened an office in Launceston.

By 1984 the partners were Bush, Shugg, and Moon although they chose to retain Parkes’ name. It was in this year that the firm incorporated, becoming the first firm to do so in Tasmania, registered henceforth as BPSM Pty Ltd. A couple of years later, in 1986, John Lawrence joined the team as Bush was ready to retire. The next year (1987) John Skinner was made a Director, along side Shugg, Moon, and Lawrence.

The offices in Launceston and Devonport had been servicing the north of the state since 1950 when they were closed in the year 2000. The Hobart office remained and continued to provide exceptional architectural services to Tasmanian’s state-wide. Today, BPSM Pty Ltd is still located at the old Malthouse on Hampden Road in Battery Point.

While all of the former Directors of BPSM Pty Ltd have since retired, John Skinner still visits from time to time. BPSM Pty Ltd is now in the capable hands of Directors D. P. (Damian) Rogers (Damian) and D. R. (Darren) Jones, who are responsible for writing the next chapter of BPSM’s history. 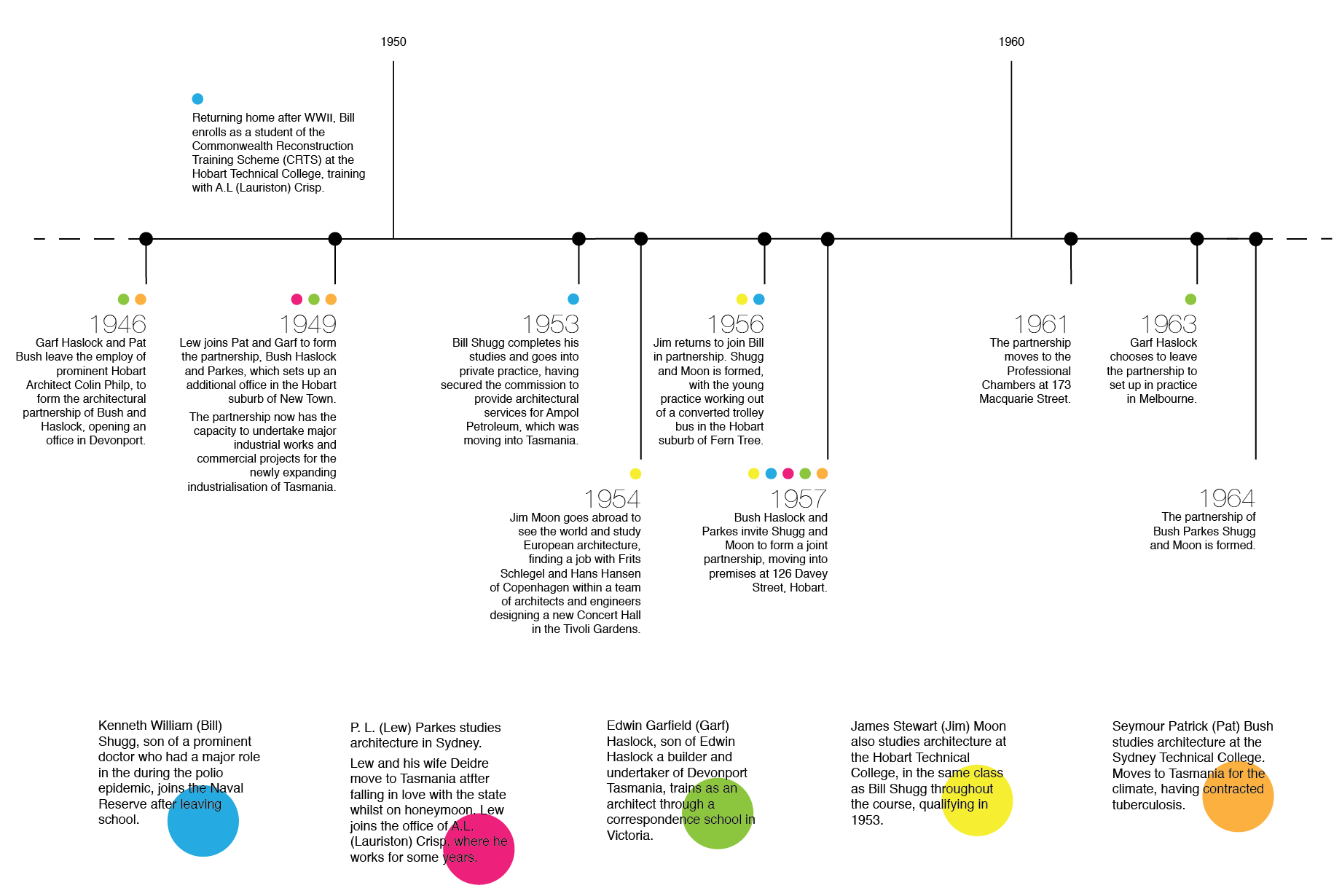 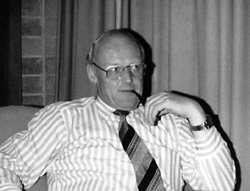 In 2009 BPSM farewelled one of it’s founding partners. Kenneth William (Bill) Shugg had a successful and awarded architectural career, not least of which was his appointment as the National President of the Royal Australian Institute of Architects and receiver of the Australian Medal. The architectural profession owes much to Bill Shugg and he will be sorely missed, not only by his family, friends and everyone at BPSM, but the wider architectural community, as a whole.

“We have to bring properly thought-out influence to bear on society. We have to earn this right by example.” – K.W. (Bill) Shugg

You can read his obituary, as composed by the President of the Tasmanian Chapter of the Australian Institute of Architects, here.

In May of 2018, Bill’s memory and contribution to architecture in Australia was posthumously honoured by the ACT Government, with the naming of a street in Taylor, Canberra.