You are here: Home1 / Our History2 / History of BPSM Offices – The Old Malt House

Originally known as Tooth’s Brewery, this historic, double-story, convict stone malt-house on Hampden Road is where BPSM Architects’ call home. BPSM moved into the front half of building in 1968, after they had been converted into offices.

A simple stone industrial building in Battery Point marks the original brewery for Edwin Tooth during the years 1847-1851. The tall brick chimney is a well-known local landmark. Its conversion to a hat factory and more recently to offices allows this fine, now scarce example of a Colonial Brewery to continue a viable existence.

John Tooth, a merchant and brewer, emigrated from Kent, England to Sydney in 1828 and established the Kent Brewery there in 1835. John’s nephews, Robert and Edwin Tooth, leased the brewery from their uncle in 1843. Edwin subsequently moved to Van Diemen’s Land, residing at Bagdad.

Edwin Tooth purchased a block of land on the northern side of Hampden Road and invited tenders for the erection of a malt-house in September 1847.

A malt-house is a building where cereal grain is converted into malt by soaking it in water, allowing it to sprout and then drying it to stop further growth. Tooth’s malting establishment included a granary, steep and kiln and was reported to have been ‘built without regard to cost of sold masonry, and completed in the most perfect manner.’

Tooth offered the malt-house for sale in March 1854 but it didn’t attract a buyer. He re-advertised the following year, pointing out that the property was well-adapted ‘for a Steam Flour Mill, Brewery, or any manufactory requiring space.’ The malt-house wasn’t sold until August 1863 when Robert Walker purchased the property for ₤1,400. Walker was the owner of Walker’s Brewery on the corner of Collins and Barrack Streets.

In 1874 Walker leased the malt-house to Joseph Bidencope and he converted it into a hat factory. Bidencope had been exporting hats to the Australian mainland for some time and had decided to expand his operations. He installed steam-powered machinery which allowed the production of thirty dozen hats per day. The hat factory operation only lasted about five years before the building reverted back to a malt-house.

The land on the north-east corner of the malt-house was acquired by the Hobart City Council to allow construction of the Harrington Street Deviation (today’s Sandy Bay Road) in 1886/87. The road and retaining wall have a slight kink in their alignment that was necessary in order to avoid the tall brick chimney stack at the rear of the malt-house.

James Boag, the Launceston based brewer, also owned the malt-house for a period in the early 1900s. 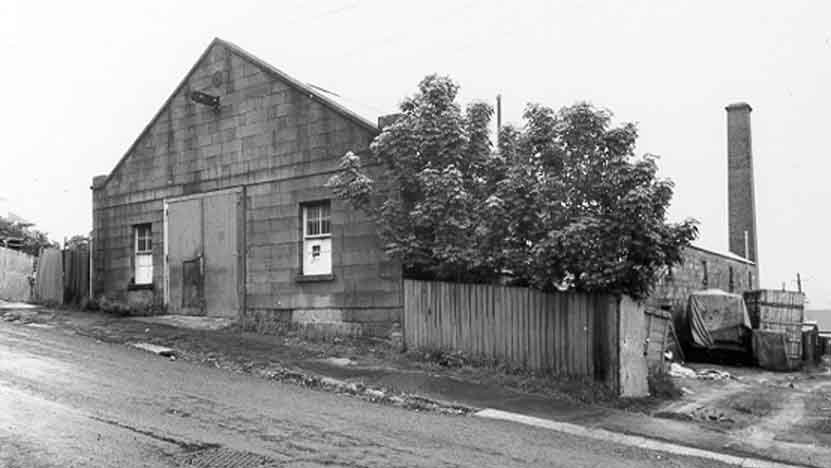 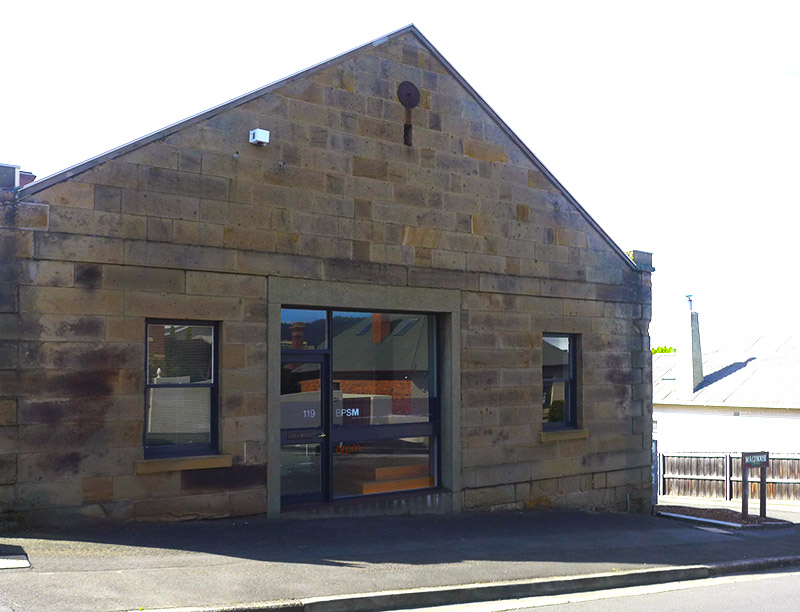 Tooth’s Brewery / The Malthouse can be seen upper middle in this photo taken of Battery Point in 1920, from the Colin Dennison Collection. 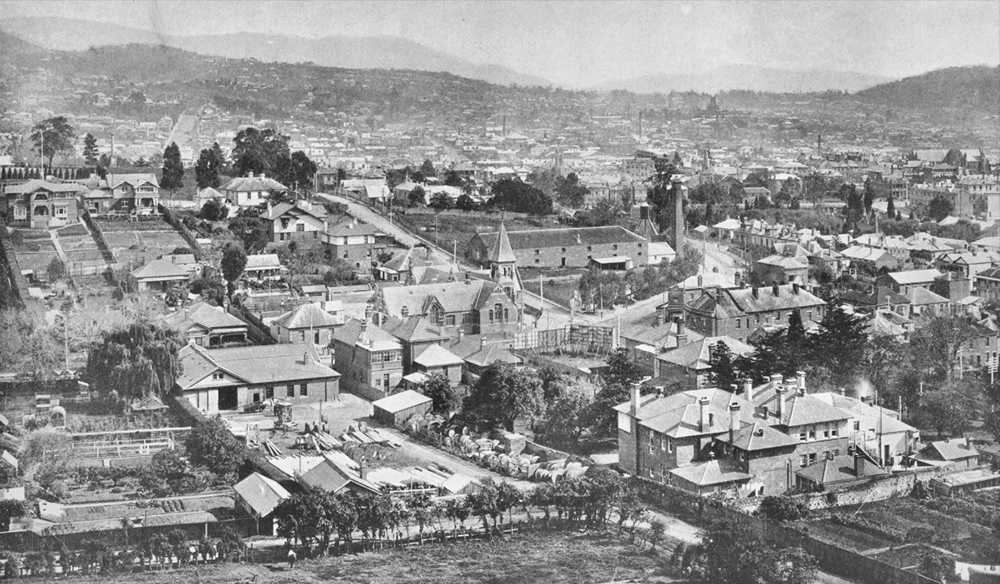