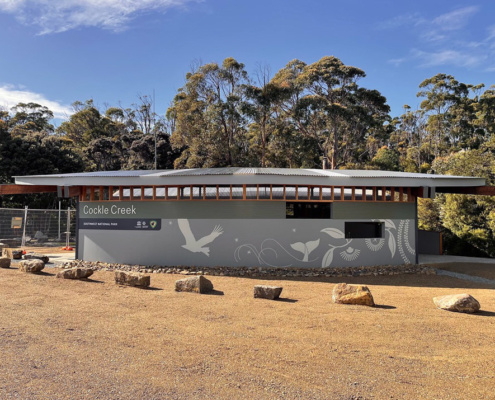 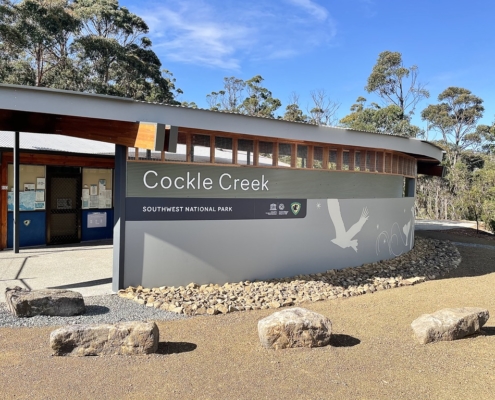 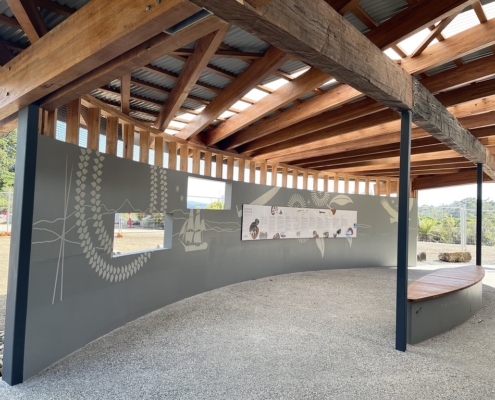 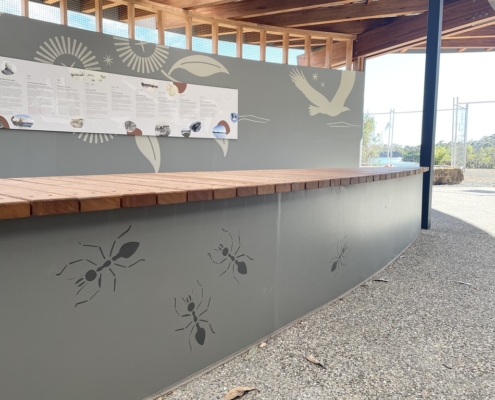 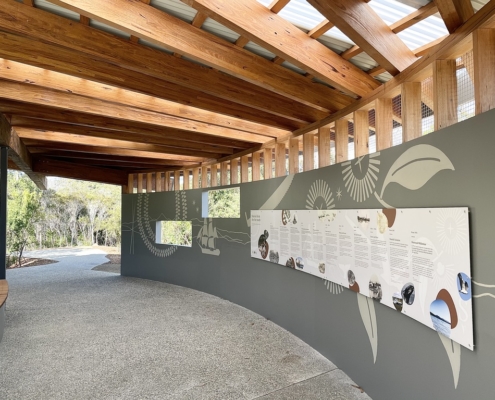 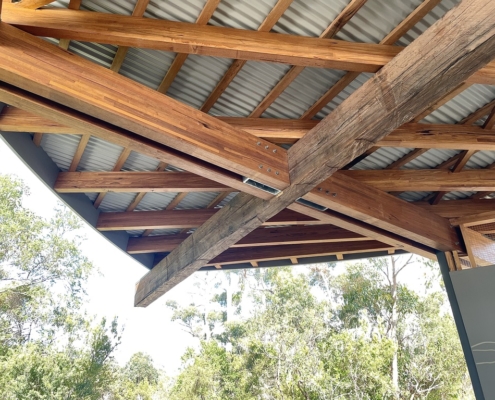 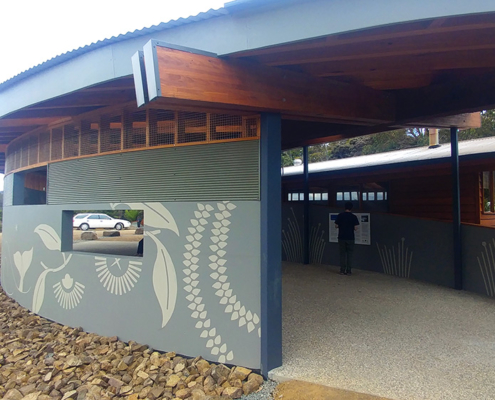 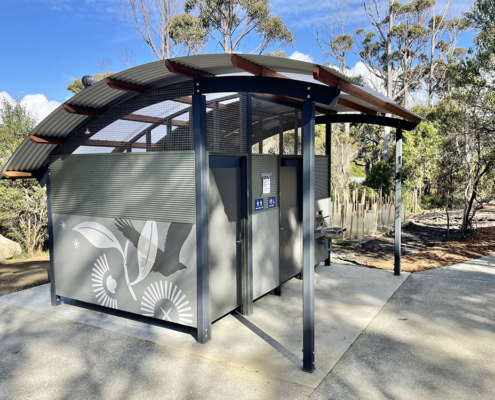 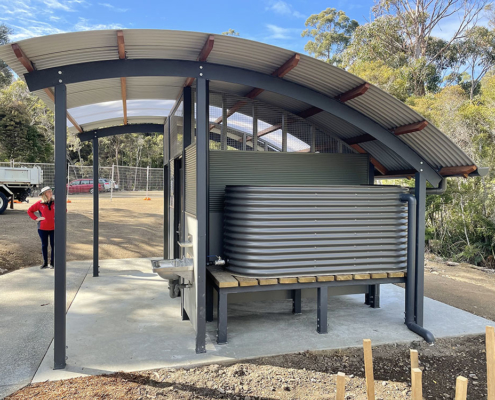 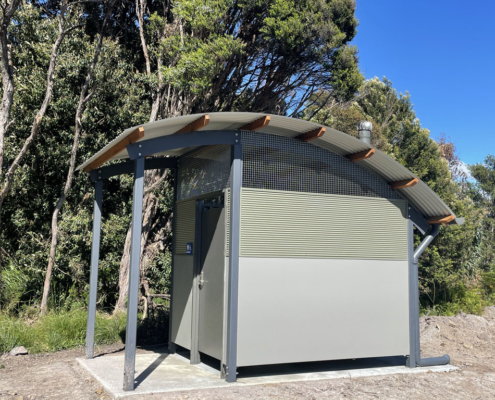 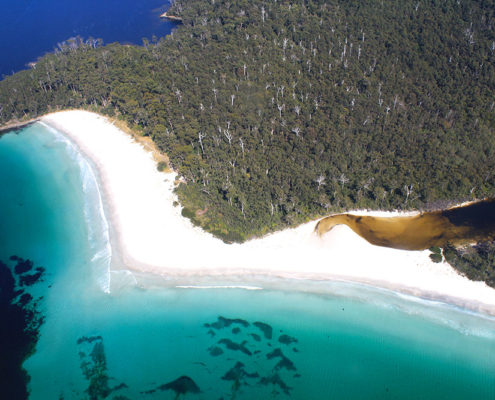 The Cockle Creek Precinct Improvement works encompasses the construction of a visitor’s shelter at the start of the track to Port Davie, leading to the Stephen Walker bronze whale sculpture.

A dual toilet with disabled access situated near the visitor’s centre, and 3 single toilet blocks have been built within the camping area, with upgrades carried out to the carparking area.

This collection of buildings, at the edge of Tasmania’s Wilderness World Heritage Area, were designed to create a sense of arrival at the National Park gateway. The visitor’s shelter features an interpretation of the history and significance of the area, with graphics of jack jumpers and local flora and exposed laminated timber roof beams emphasising an intended “natural” look, with a prominent recycled bridge timber providing additional roof support.

Sheltered within the tranquil coves of Recherche Bay, Cockle Creek is the southernmost road in Australia, ending at the entry point to the South West National Park – the South Coast Track, one of Tasmania’s great bushwalks begins – or ends – here. The area is known for the scenic beauty of deserted white beaches and turquoise waters of Recherche Bay, and a variety of short and multi-day bushwalks including the end of the 82 km South Coast Track, recommended for experienced bushwalkers equipped for wilderness walking. Cockle Creek was named after the once abundant cockles, oysters and mussels found at its mouth as it enters the sea. Once a settlement with over 2,000 residents, its rich history is found today in Aboriginal sites, abandoned tramways, gravestones and ruins.

French explorer, Bruni D’Entrecasteaux sailed his two ships, the Recherche and the Esperance, into Recherche Bay in 1792 and again in 1793 on a scientific and botanical expedition. The French expeditions were focused on the scientific study of native flora, fauna, geology and the waterways of Van Diemen’s Land. In 2003 the remains of a garden planted by the French were found and a reserve was created to protect the area, and subsequent archaeological sites associated with the expedition have also been located. The original inhabitants of this area were the Aboriginal people. Their first encounter with Europeans was with the French, an amicable meeting which could be considered a ‘cultural exchange’. Tasmanian Aborigines valued this region for the seals, shellfish and bush hunting it provided during the warmer months, with evidence of many shell middens in the area.

In the 1830s this bay became a centre for whaling, coal mining and sawmilling. Further west, in the Port Davey and Bathurst Harbour area, timber cutters were harvesting Huon pine and whales and seals were hunted along the coast, with four whaling stations at Cockle Creek. A lifesize, three-month-old southern right whale sculpture by Steven Walker” at Adam’s Point is a “poignant reminder that whale calves once frolicked in this bay”.

Cockle Creek is a two-hour drive south of Hobart (148 km), via Geeveston.